The fish disease, Epizootic Ulceritic Syndrome or EUS for short, was recently diagnosed by researchers from the Aquaculture Research Division of the Department of Agriculture, Forestry and Fisheries, in barbel from a farm dam near Stellenbosch. The disease is caused by a fungus that is originally from Southeast Asia but has been spread to many other parts of the world by the movement of live fish and, possibly by the transport of contaminated water.

While confirmed diagnosis requires histological examination of the tissue and genetic screening for the presence of the fungus, I have recently received an alarming number of reports of fish with ulcers from all over Southern Africa. Waters where suspect fish have been reported include Theewaterskloof Dam, Buffelsjagts and Arabie Dam in the Western Cape and more recently in Hartebeespoort and the Vaal Dam in Gauteng. I have also received photos of bass from Zimbabwe that appear to have similar ulcers and EUS has been present in the Upper Zambezi and the Okavango Rivers for a couple of years.

Once introduced, the disease is fairly indiscriminate and has been reported to affect most fish species including popular angling species such as bass, barbel, carp, nembwe and tigerfish. Infection of fish requires the breaking of the skin for the fungus to get hold and once infected, the disease manifests itself in three stages. The disease progressed as follows: first, pinhead sized red spots form on the body and fins of the fish; these develop into small (2-4 cm) ulcers which finally form large open ulcers which eventually kill the fish. The distribution of the disease in South Africa is currently unknown and we unfortunately do not know what its long term impact will on our native fish stocks. What we do know is that disease spreads aggressively through fish populations once introduced.

Unfortunately, there appears to be no feasible way to control this disease once it affects wild fish populations and the only control measure is to try to limit its spread in the country. It is therefore vital that all anglers understand that: THE ONLY WAY TO CONTROL THIS DISEASE IS TO CONTROL ITS SPREAD TO NEW WATERS. We can all contribute to this by the following:

The photos below are of bass caught in Zimbabwe, Hartebeespoort, Theewaterskloof, Vaal Dam respectively. 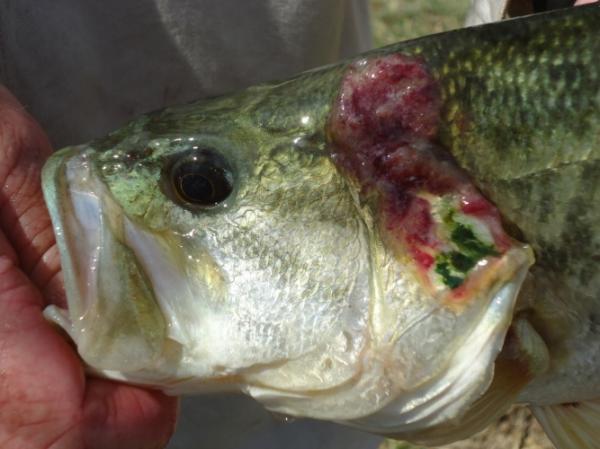 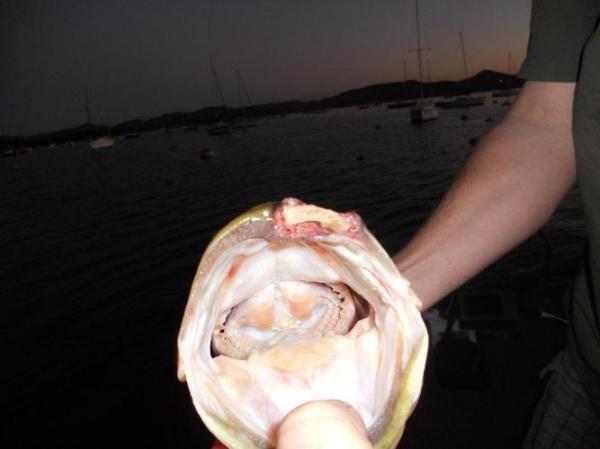 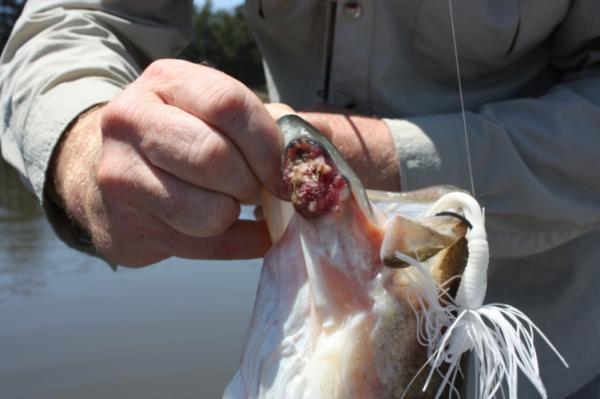 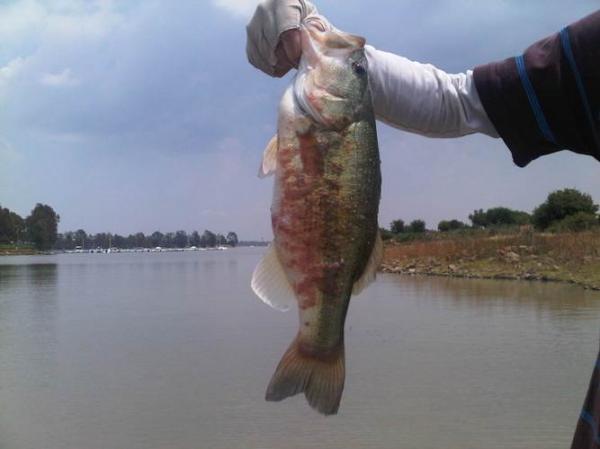