FOSAF NEWS - A very Brief Statement on and Summary of the Judgment in FOSAF vs The Minister of Environmental Affairs by Ilan Lax.

This morning Acting Judge of the Gauteng North High Court Adrian Vorster delivered a Judgement in the application for a declaratory order in the matter of the Federation Of Southern African Fly Fishers vs The Minister of Environmental Affairs.

In simple terms the Court decided the following main aspects:

It is important to note that the judgement does not declare the 2020 AIS lists and regulations invalid. While these notices list trout as invasive, the implementation of this specific listing was suspended by the Minister pending discussions in a task team comprising the Department and Aquaculture stakeholders, including the trout value chain.  This is ongoing.

This decision has a much wider implication than just “the trout fight”. It goes to heart of “informed consultation” and the public’s right to be taken seriously by government during consultation processes.

The Constitution, the NEMA principles and NEMBA set out a simple set of requirements that must be complied with when e.g. the Minister intends exercising a power.  These include that the public must receive sufficient information about why what is being proposed, is required and what the expected implications of this will be.

This is proper governance. This case reinforces these values, principles and requirements.

FOSAF is sincerely grateful for the kind assistance and commitment of our legal team, all of whom acted on a pro bono basis: Julian Bartlett of Bartletts Inc., Adrian van Niekerk of MacRobert Attorneys, Advocates Alistair Franklin SC and Julian Joyner.  Special mention must also be made of the contribution of Ian Cox and the late Gerrie van der Merwe to the campaign.  We could not have achieved this without them and without the support of our many donors, contributors, our membership and other stakeholders.

If you wish to read the full judgement click here 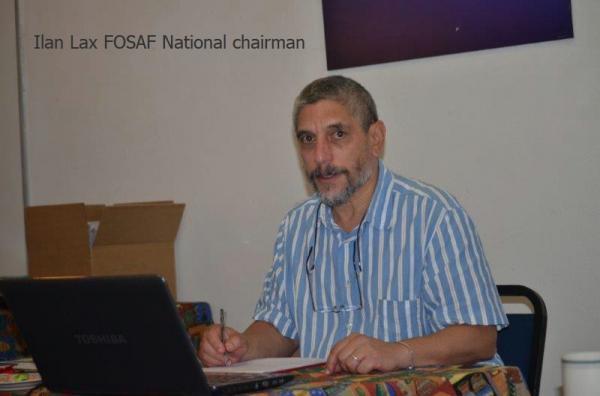