FOSAF NEWS - Looking at the state of some of the Wild Trout waters at present â by Tony Keitzman at Rhodes.

Regular rainfall over an extended period had led to very high levels making the water barely fishable and streams dangerous to cross during the recent WTA festival. We even lost a day to high discoloured water and were restricted to the upper reaches of catchments. Since the festival levels have dropped and stabilised leaving behind beautifully scoured and clean streambeds.

Autumn has arrived, slightly later than in recent years. Water temperatures are dropping.

Before the festival Miles Divett and I fished some of the beats on the Rifle and Bok systems.  The Bok up at Bothwell was flowing beautifully with very clean bottoms. I in fact have not seen the Bokspruit in this condition for a good few years. Clean scoured bedrock revealed shadows of the feeding fish whenever sunlight broke through. Yes, there are fish !!!  Amongst them a size class around 6 inches in length, the next generation. I am unsure as to when exactly these little fish were spawned as there are usually a lot of 8 inch fish about at this juncture, these seem to be absent this year. There are also 12 inch fishes, and these will hopefully spawn in the coming months. A noteworthy point is the condition factor of all these fish, they’re fat and very strong.

We went up the Glen Nesbittspruit catching small fish from the riffles and runs upstream of the bridge where it flows into the Bok. This little stream did not reveal many fish, it was overcast but Miles did take a beautiful 14 incher from one of the deeper pools. We were later to blame our limited success on the barometer. We were rained off and when preparing to leave found Mark Yelland walking down the road with a bow saw, he and George Steyn had been higher upstream on Brucedell and found their way blocked by a fallen tree when trying to leave. This was to turn into quite an adventure as we had to go and borrow a chain saw, return with said device and operator, remove the woodpile from the road, return the chainsaw and operator and then escort them to Branksome where they were staying, often in low range 4X4 all at speeds of below 30kph during a deluge of note.

Knockwarren had provided good holding water for some of the larger fish during the drought.  Once again the stream was in a very clean and scoured out state. The bedrock bottom was devoid of any silt and the sandy bottomed areas were well scoured out. When walking across these sand bottoms one does not raise clouds of silt. We went to search for the larger fish but failed to see or connect with any, they must have relocated when levels rose. We failed to find fish in the spots where we expected to but did however pick up a few adult fish (12 inches plus, without parr marks) in the faster waters.

Miles and I both love the water at Bemerside on the Riflespruit. This lovely stretch also proved to be in amazing condition (see photo of Miles standing in water) The stream was well scoured out, very clean and flowing well, one could see submerged bankside vegetation revealing how levels have risen recently. We caught some fish but they seemed reluctant to eat a nymph on the bottom or come up for a dry. What was obvious was that a Pararab would get fish to come up from the depths far more successfully than a conventional Rab. Once again, we blamed the barometer. How could we not catch many more fish in a stream that looked this pristine?

On one of the festival days I was to take a group of new participants up to the headwaters of the Bell above Tenahead lodge. They were totally blown away by the venue, a small high altitude stream well above the tree line. All were able to catch a few fish on dry flies and were happy not to have had to use a nymph. Fish were between 6 and 12 inches and quite plentiful considering the scale of the water. This is very good news as these fish should move downstream repopulating the drought ravaged Bell system.

The Sterkspruit, having been unfishable for a while due to murky water, has been scoured out and is flowing clearly at present. This stream has been well rested and should offer some great fishing as winter approaches.

At present rainfall continues on a daily basis, the waters have cleared and are very fishable. All side streams are flowing clear and the mountains are leaking. Hopefully good snowfalls arrive to blanket the peaks this winter. Snowmelt should keep stream levels up to provide optimum breeding conditions. One of the downsides of autumn is the mats of floating leaves in many slower runs and pools, making dry flies hard to see for the fish. Well, sometimes one has to fish a nymph. 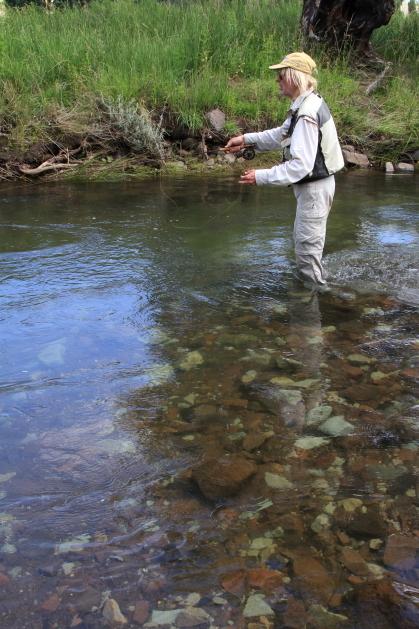 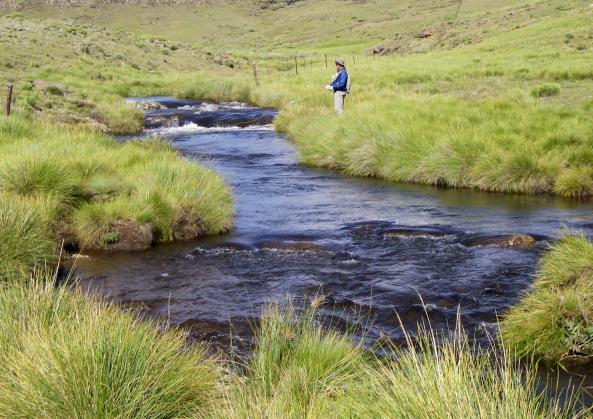 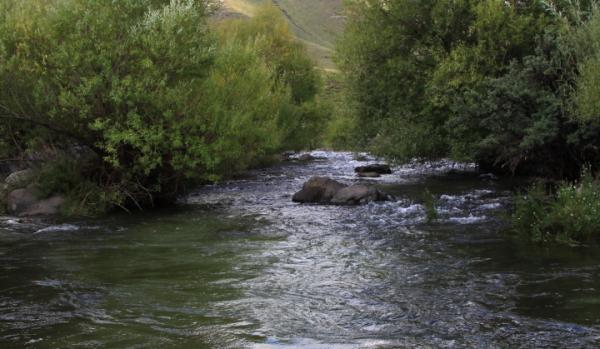