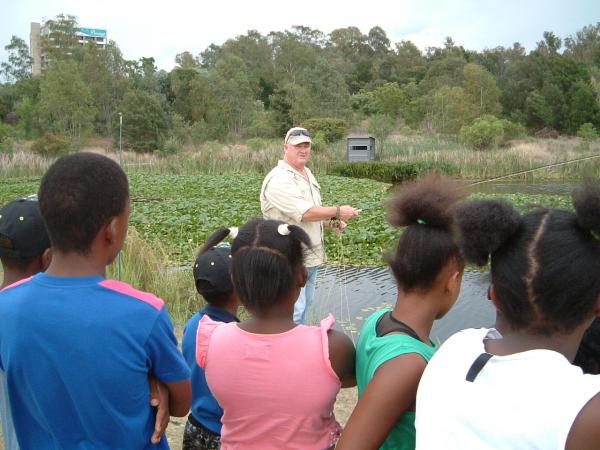 On Thursday 17th December a group of 16 kids arrived from the Ikholwa Children’s Home at St Stithians College in Randburg for basic instruction in fly fishing at the school’s two dams which are stocked with bass and kurper. The event was organised by Chris Williams, chairman of the Stithians Fly Fishing Club and who also chairs the Northvaal Chapter of FOSAF. On hand were well-known flyfisher, Andy Lawler, and his son Andre to help with the instruction of the children whose ages varied from the very young to older teenagers. After an introduction by Chris which included some information on ecology the young students were given the opportunity to cast a fly for the first time in their lives with tackle lent by SAFFA.

A break was called in the early afternoon for a braai with food sponsored by the Jacaranda Fly Fishing Club of Pretoria and then it was back to more casting by the students. A good time was had by all and Chris Williams in his farewell address invited the children to return any time they wished.

Note: In the photos we have not shown the faces of the kids as many come from homes where they suffered abuse and we do not wish to have certain parents or other relatives trying to track them down. 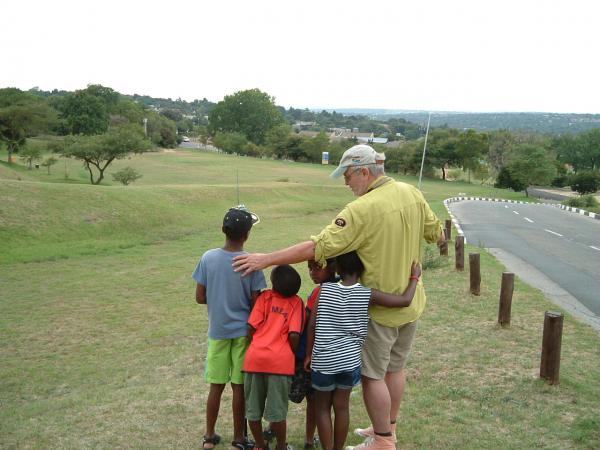 Chris Williams with his pupils