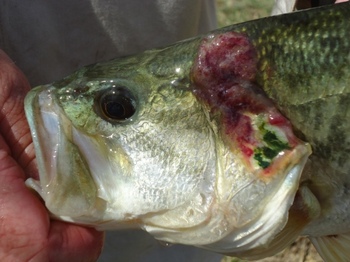 
We can all contribute to this by the following:

Please send photos of suspicious fish and GPS coordinates to me as I would like to monitor this situation. My email is o.weyl@saiab.ac.za

The photos are of bass caught in Zimbabwe, Hartebeespoort, Theewaterskloof, and Vaal Dam.